The differences between ITIL v3 and ITIL v4 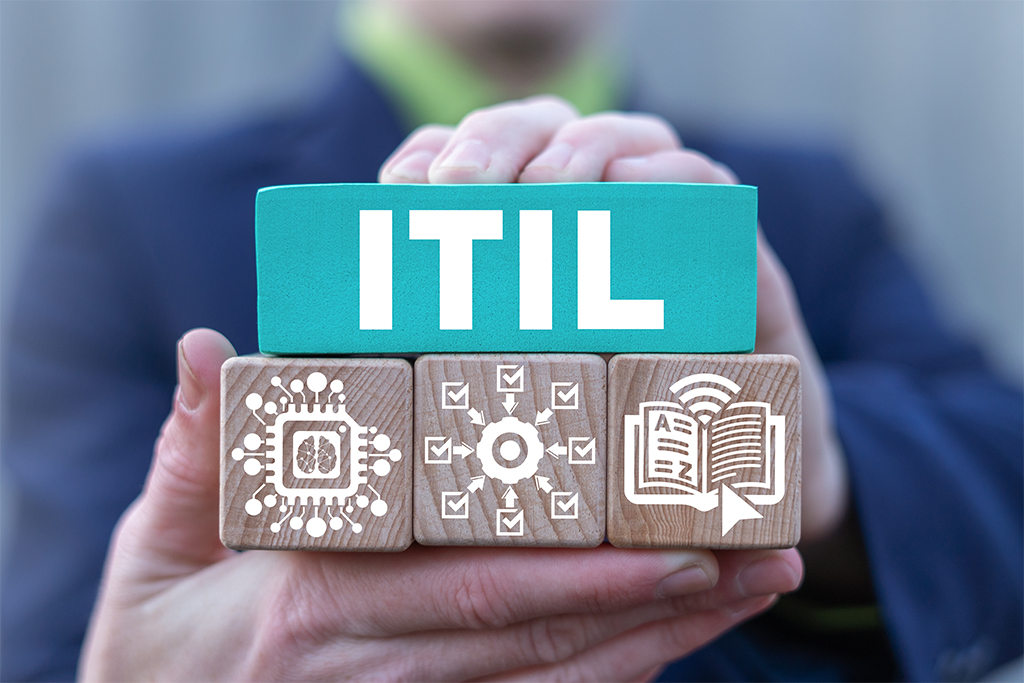 Do you already possess an ITIL 3 qualification and interested in getting an ITIL 4 certification? Or Are you trying to figure out whether investing in an ITIL 4 training course could add value to your career? Let’s take a look at the distinctions in the ITIL v3 and ITIL v4 frameworks, which might help you better navigate that decision.

Information Technology Infrastructure Library, commonly referred to as the ITIL framework, is a hot commodity in IT Service Management. In order to adhere to the pace of the continuously increasing demands of the IT domain, the designers of ITIL update the framework regularly.

There is conflicting information about the upgrades and the distinctions between ITIL v4 vs. ITIL v3. Therefore, in this discussion, we aim to clear up some of that confusion.

Before we look at the differences in each framework, it is best to briefly understand the history of ITIL and each version.

Where did it all begin?

The establishment of ITIL was a response to ineffective and pricey IT services that were serving the UK government in the 1980s. At first, most of the concepts were derived from IBM’s Information Systems Management Architecture; however, ITIL grew into a framework for best practices in ITSM, enabling IT to align with business management requirements in organizations.

In 2007, the Information Technology Infrastructure Library framework ITIL v3 was introduced to the business world. It was considered one of the outstanding ITSM frameworks that existed and prominently used by many organizations.

ITIL v3, constructed on 26 processes known as service lifecycles. They have been segregated into the following five stages:

In 2011, there was a new upgrade in the ITIL framework. This version resolved inaccuracies and discrepancies in documentation and illustrations across the entire library. Recertification was not required for the existing ITIL certifications as the framework’s core material remained the same in the 2007 and 2011 versions.

But the latest trends in the world of IT and business have diversified a lot since 2011, showing the convergence of the IT and business strategies. In this service-based economy, many successful companies such as Amazon, Facebook, Uber, etc., rely on IT centred services at the core of their strategy. After all, managing the services within an organization is critical and adds the business’s most significant value. Today almost all of the services are dominated by IT. Therefore, companies need to line up their necessities with Information Technology services at the end of the day.

In February 2019, Axelos UK upgraded the system to ITIL v4, emphasizing businesses to link their needs with IT services better. It has enabled companies to improve customer relations, perform effective risk management, promote profitable practices, and establish a well versatile IT department that can progress with the needs of the organization.

ITIL 4 uses new techniques to line up ITIL with systems that are already in existence, such as IT4IT,  Agile, DevOps, and Lean, therefore accounting for one of the major user complaints about their previous ITSM technology.

Now that you are acquainted with ITIL v3 and ITIL v4, let’s explore the two versions’ distinctions.

ITIL v4 vs. ITIL v3: What Are the Noteworthy Characteristic Differences?

While the central elements of ITIL stay similar, the traits that characterize ITIL v4 compared to the older versions are the newly integrated features. The latest version is more customizable and flexible, encouraging enhanced collaboration and enabling dynamic communication across the organization.

Let’s go over some key differences between the two ITIL frameworks.

A signature characteristic of ITIL v3 was the establishment of service lifecycles. Each of them consists of five stages: service design, service strategy, service operation, service transition, and continual service improvement. The processes in ITIL v3 are dispersed throughout these service lifecycles.

ITIL v3 groups together 26 processes throughout the five sections of the service lifecycles, whereas ITIL v4 made a shift towards 34 practices spread into three categories (Service, General,  and Technical). The 34 practices comprise several of the 26 processes that existed before.

as a central element. ITIL v4 guiding principles are general recommendations. They can navigate organizations when required.

They were are not included in the ITIL 3 version. However, later nine principles were introduced under ITIL Practitioner in the year 2011.

The 4 Ps to the 4 Dimensions

As a result of the upgrade from the 4P’s to 4 Dimensions of Service Management, there is a variation in the ITIL v3 vs. ITIL v4 qualifications that need to be obtained.

The qualification roadmap of the ITIL v3 scheme:

The qualification road map of the ITIL v4 scheme:

Suppose you are interested in an ITIL 4 qualification. In that case, it is highly recommended you start by referring to the ITIL 4 foundation syllabus or an ITIL 4 book that expands on the points we have reviewed in this post. You can also find more information such as ITIL 4 training, ITIL v4 foundation price, ITIL 4 exam cost, and ITIL 4 Foundation exam booking by contacting AXELOS’ Accredited Training Organizations.

The Prominence is given to the Governance component in ITIL v4

ITIL V4’s governance component exists under SVS and examines organizational directing and efficient controlling. The previous ITIL versions covered the principle as a subtopic and were not as much emphasised. However, ITIL v4 directly addresses it in the SVS and devotes an entire chapter to governance.

How is ITIL v4 better suited for the IT business strategies of the businesses of the new era?

The change from ITIL v3 to ITIL v4 is a leap in the philosophy and call to action approach to the existing IT management system. A fully equipped and informed IT department of a business organization could tackle almost any challenge posed by new innovations to its governing strategies. Therefore, ITIL is a valuable tool to conquer the organization’s IT Management System’s technological demands, and it will continue to expand its horizons.

Whether you have already acquired an ITIL 3 certification or debating whether to take the ITIL v4, we might be able to help you conquer that decision. Take a look at the courses we offer at Global Edulink Limited and get a better understanding of what each course has to offer and how it can contribute to your career development.

0 responses on "The differences between ITIL v3 and ITIL v4"

We want to give you more, which is why we provide free resources to our learners, like mock exams for accredited examinations, free courses, extra learning material and free E-books. Achieve you goals today, with a helping hand from Global Edulink.